There’s a moment in every great jazz set where everything falls together, magically, like a platonic ideal of a Tetris game, and the music becomes effortlessly self-generating. That moment came at the midpoint of “Pensativa,” during the first set by vocalist La Tanya Hall and the Unison Trio last night at Cleveland’s Bop Stop. 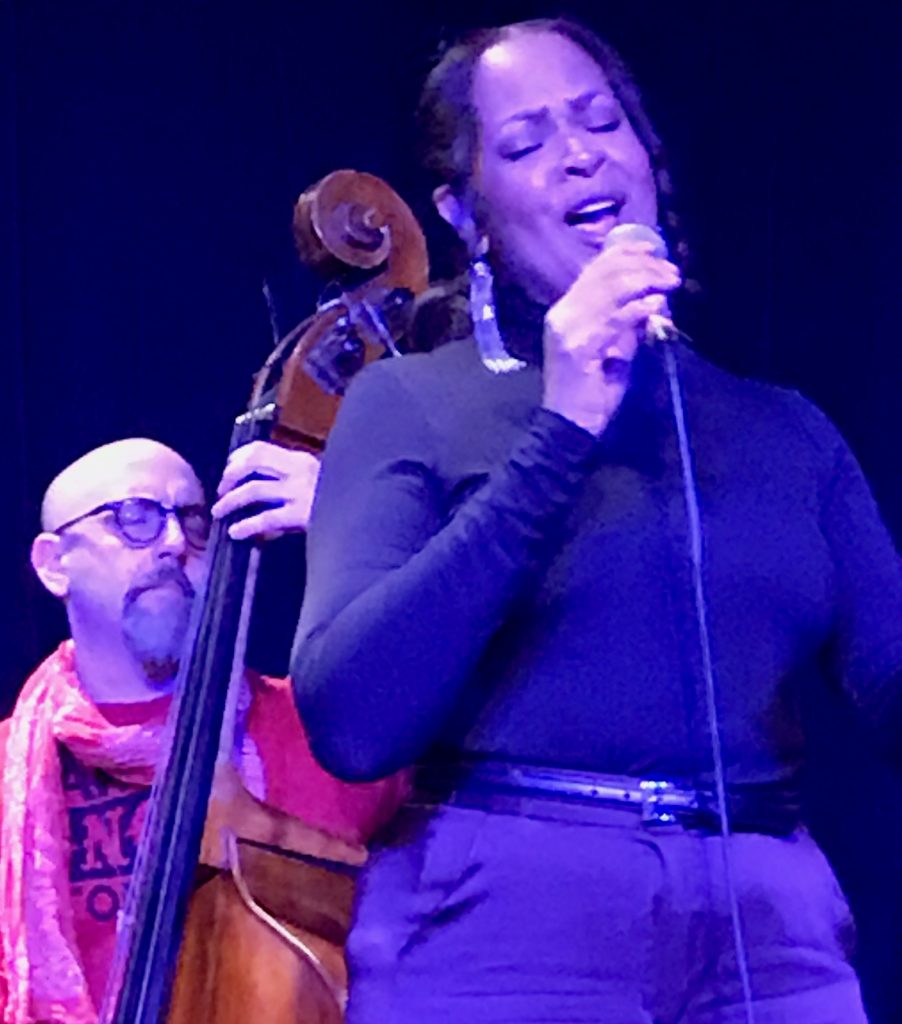 you couldn’t hear it coming (and it wasn’t the high point of the show, but more about that in a moment). Pianist Andy Milne’s solo was sparkling and full of piquant harmonic asides, but when bassist John Hébert walked four and drummer Clarence Penn shifted from an airy but emphatic “Poinciana” beat into classic tipping rhythm, well, the band levitated. 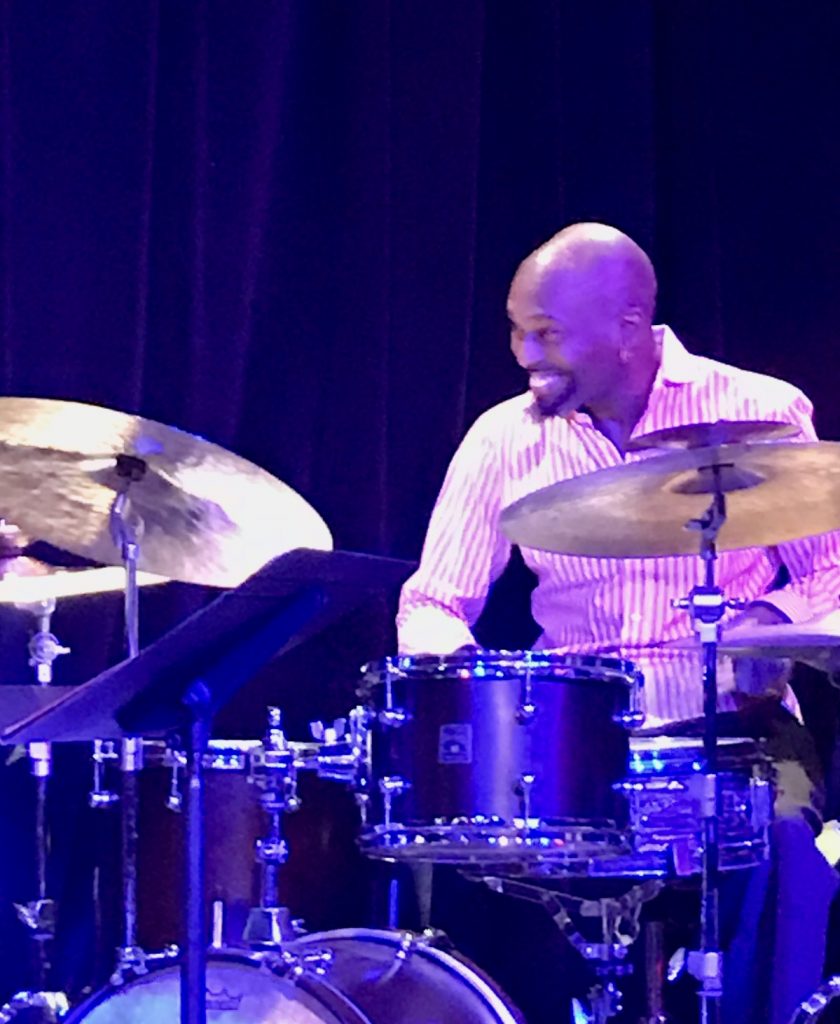 You wouldn’t expect much less with musicians of that reputation and caliber. Hall might not be as well known, but she should be. With poised assurance, she delivered ten songs, nine of them from her excellent new CD, “Say Yes” and a ringer, a lovely, imaginative arrangement of the ancient Christmas carol “We Three Kings.”

There was one standard, “Ev’ry Time We Say Goodbye,” and it was delivered as an encore with hushed concentration. Most of the selections came from jazz, a pair of Monk tunes, “Pannonica” and a sassy “Well You Needn’t” that was enlivened by Penn’s NOLA second-line beat. Hall also seduced the audience with a playful “Jitterbug Waltz” where she and Milne, her husband, played will-they-or-won’t-they with the beat during an extended tag on the words “come on.” And that’s just what it was: a come-on, and a delightful one. 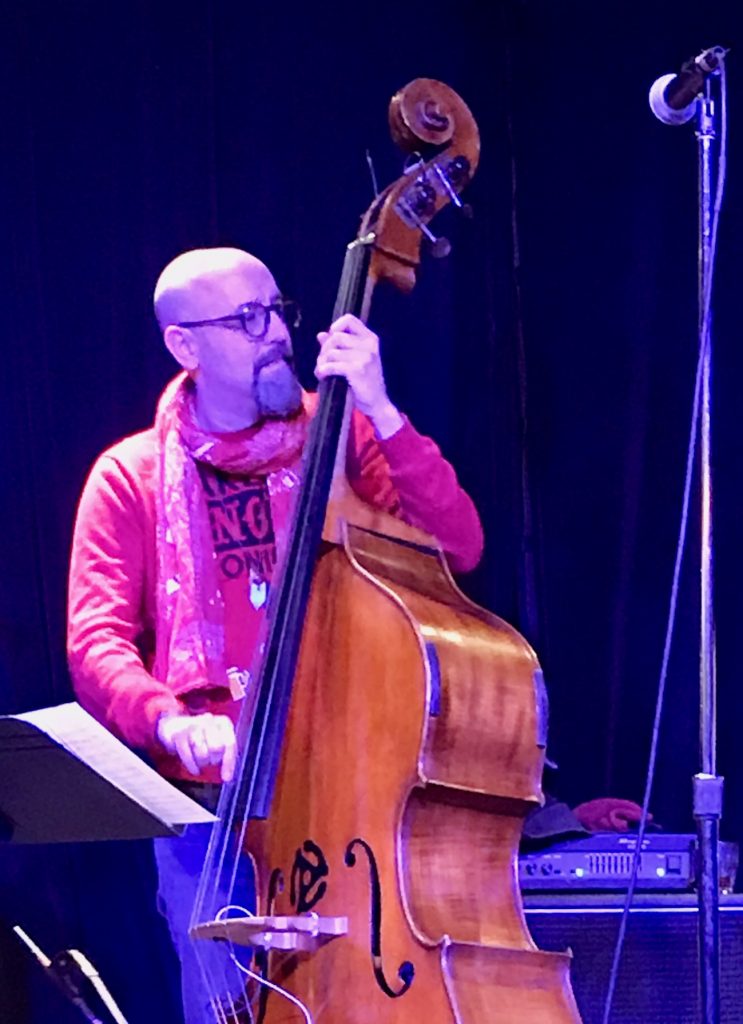 But among Waller, Monk, Clare Fischer, Benny Golson and other luminaries, composer’s pride of place went to Joni Mitchell, whose “The Fiddle and the Drum” received a cinematic reading of quietly devastating power. Milne, who presumably did the arrangement, opened by “bowing” a single piano string while Hébert added spooky arco shudders. Penn’s muffled snare tattoos sounded from the eerie quiet of a battlefield at night. Hall intoned Mitchell’s questioning lyrics with an earnestness touched by sadness and launched a phantasmagoric, PTSD flashback of a piano solo by Milne on the words “and so once again” that only returned to the harmony, like a wounded soldier to consciousness, on the final line.

This was music made by and for adults, unafraid of mastery and aware of its own integrity. It was everyone’s idea of what a jazz vocal performance should be, and it was so much more. Hall teaches at nearby Oberlin and should return just as soon as she and the trio can get some new material together. Rumor has it that the trio without Hall will return to support a spring release of a new record on Sunnyside. Like last evening’s show, it promises musicmaking on an Olympian level.