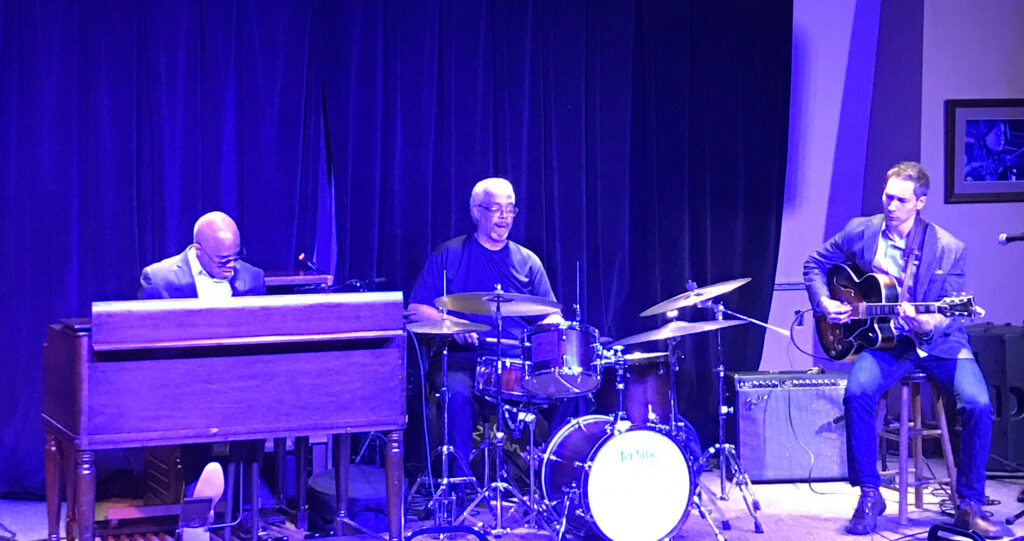 Even if I hadn’t moved to Cleveland in 2019 I am probably a bit too young to have visited the many  jazz venues that once thrived in the city’s so-called second downtown on Euclid Avenue. On any Saturday night 60 years ago, the district would have been alive with working-class revelers going out to a club for a few beers, and an unpretentious good time. The soundtrack for this custom often involved a small combo (quaint word, that!) of Hammond B-3 organ, guitar and drums that offered bluesy music with a big beat. Capable of shaking the room at a volume level that could rival a big band’s, the B-3 can also issue bedroom confidences in a whisper that could hush a crowded room. No wonder an archipelago of organ trio bars sprang up from Newark and Philadelphia on the eastern seaboard to the industrial Midwest. 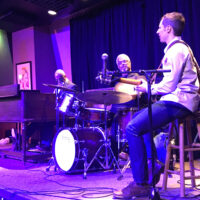 Those places are gone now, but the organ trio hangs on as a vital formation in creative music in the Black American tradition, and one of the best is about to roll into town to rock the Bop Stop tomorrow night.