Johnny Hodges is widely acknowledged as perhaps the preeminent alto saxophone player in the decades before Charlie Parker’s emergence. Yet unlike Parker, whose influence on saxophonists is apparent 68 years after his death, Hodges’ style is almost universally celebrated in print and online yet never heard on the bandstand.

Until now. Saxophonist Owen Broder is putting Hodges where he rightfully belongs: front and center with an ambitious recording project and a new band that swoops into BLU Jazz+ on Friday.

I get a lot of music for my consideration, more than 460 new releases in 2020. Almost all of them are notable for something, and I’d like to give them their due. So, every week, more or less, I’ll offer hot takes on the releases of the preceding seven days. 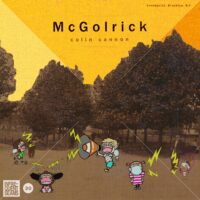 Publicity for guitarist/composer/sound designer Colin Cannon‘s “McGolrick,” calls it a “dizzying suite,” and, well, truth in advertising. In Cannon’s free-associative chamber-pop/prog rock daydream, anything is likely to bob to the surface including looped vocals, á la Steve Reich’s “It’s Going To Rain,” New Orleans parade music, tender guitar lullabies and even a found sound sample: “Livin’ on government cheese.” That’s a status update for 2020 if ever there was one. Yet Cannon binds it all together with an artistic vision that centers on playful logic. If you’re inclined to dream about what modern urban life was like in the sensation-soaked year before lockdown (and who isn’t?), it probably sounds like this. 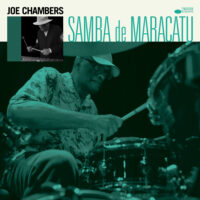 Drummer Joe Chambers was one of those Blue Note regulars who, like alto saxophonist James Spaulding and fellow drummer Billy Higgins, were essential to the label’s sound, but who nonetheless didn’t lead a session during the golden age. Looking at the cover art with its vivid duotone photograph and classic Reid Miles-inspired design, it would be easy to mistake “Samba de Maracatu” for a newly unearthed Chambers-led session from, say, 1968. But the recording was made last June in North Carolina where the 78-year-old Chambers now lives. For a rhythm master of his reputation, it’s an oddly disembodied record, perhaps because the leader overdubbed drums, vibraphone and other percussion instruments. The distant and room-tone-y recording ambience adds to the sensation. Pianist Brad Merritt and bassist Steve Haines, both North Carolina-based, are solid in just the sort of accompanying roles that made Chambers’ reputation more than a half-century ago. 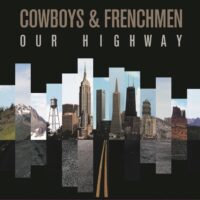 With “Our Highway,” (Outside In Music), the collective Cowboys and Frenchmen present a quintet-sized tone parallel to Maria Schneider’s “Data Lords.” As in Schneider’s 2020 big-band magnum opus, the peace and beauty of the natural world is contrasted with the hamster-wheel frenzy of modern life. Yet saxophonist Ethan Helm, who composed all of the material here, is more interested in portraiture than polemic. “Our Highway” is a road memoir, a sketchbook of things seen, heard and felt by a touring musician in pre-lockdown America. In the pastoral sections there are echoes, both in the writing and playing, of Keith Jarrett’s American Quartet. The contrasting sections come at you with an exciting Red Bull rush that owes something to the cinematic ambition and nervy energy of Bobby Previte’s late 80s conceptual projects. But Helm, fellow saxophonist Owen Broder, pianist Addison Frei—a standout here–bassist Ethan O’Reilly and fast-twitch drummer Matt Honor, play with a cool, Millennial detachment that feels very much of the moment. There is an accompanying video. It’s interesting but unnecessary. Music this evocative needs no outside help. 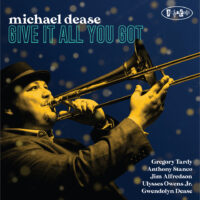 At its apogee, the Blue Note Records catalog was an index of the state of New York hard bop and postbop in the 60s. But alongside classic sessions by Lee Morgan, Wayne Shorter and Sam Rivers was a parallel catalog of booty-shaking, jukebox-friendly work by Jimmy Smith, Stanley Turrentine and Ike Quebec. In his quest to preserve the Blue Note legacy, Posi-Tone Records producer and label head Marc Free has honored both traditions. I’ll have more to say about recent Posi-Tone releases in the classic hard bop vein soon, but meanwhile here is trombonist Michael Dease almost splitting the difference on “Give It All You Got.” On the one side, he’s joined by tenor saxophonist Gregory Tardy and trumpeter Anthony Stanco on a beefy, very Messengers-like front line. On the other is a smoky, groove-oriented rhythm section of Jim Alfredson’s B-3 and drummer Ulysses Owens, Jr., who keeps up a lively commentary with the horns that would be the envy of any Twitter addict. Vamps abound, Gwendolyn Dease’s percussion adds flavor to the Caribbean-flavored items and everyone has a good time. And who writes churchy, rocking-chair swingers like Dease’s “Word To The Wise” anymore?