We’ve reached the point of the summer that would normally be peak jazz festival season. And while there’s no replacing the alchemy of sun, live music and effortless companionship that makes this the sweetest time of year for many jazz fans, the last couple of weeks have brought an armful of unusually compelling new releases to salve the sting of live music’s continued absence. 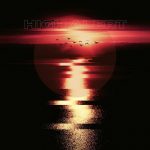 Did any jazz musician have a better year in 2019 than Greg Ward? He seemed to show up on a disproportionate number of the year’s best releases including his own “Stomping Off From Greenwood,” bringing fiery commitment, dazzling facility and a secure grounding in the blues, a modern-day Cannonball Adderley. He’s been quieter this year, but the release of “High Alert,” a three-song, 23-minute EP, is a reminder of his gripping artistry–and one with an unusually compelling backstory. While on tour in 2009, Ward and the band were hustled off their train into the middle of a neo-Nazi rally in Moravia. Chased by rioters, they managed to escape to Poland and relative safety. You don’t need to know any of this to hear the menace in the siren effects that begin the title cut or the urgency and confusion of the argument between Ward’s alto and Rob Clearfield‘s piano in the urgent, Romany-tinged “Dogfight.” When Quin Kirchner’s drums slam the door shut, the chase is on. It’s heart-pounding stuff, culminating in alto shrieks from Ward. The concluding movement, “To Know Peace,” is a flowing song of thanksgiving with deep-toned bass from Jeff Greene and a pastoral, quintessentially Midwestern Clearfield solo drenched in hope and optimism. Ward and his Chicago band made this recording in 2013. It’s not clear why he sat on it for so long, but he couldn’t have picked a more apposite time to release it. 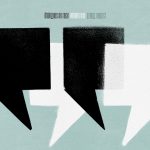 That goes double for Gregg August’s “Dialogues On Race, Vol. 1,” a commissioned piece originally performed in 2009 but seemingly written for this precise moment. Writing for and leading a midsized ensemble from the bass, August’s project inevitably recalls Charles Mingus. Yet August is white, and the appropriately sober respectfulness with which he approaches his subject is world’s away from Mingus’ volcanic passions, but no less moving for it. Is there any other way to hear Marcus Rojas’ strangled tuba solo in “Letter to America” than as the voice of George Floyd, even though it was recorded 15 months to the day before Floyd’s murder? Another murder, that of Emmet Till (65 years ago next Friday) runs like a through-line emotionally and thematically uniting the work’s 12 movements. Many were inspired by poems by Langston Hughes, Maya Angelou and others, and a few offer direct settings of complete poems or excerpts. The most moving of them might be “I Sang in the Sun,” delivered in a high tenor of unearthly purity by Forest Van Dyke. The instrumental ensemble, including tenor saxophonist J.D. Allen, trumpeter John Bailey and the sensitive pianist Luis Perdomo, is all in and every member contributes to the economical and vivid solos. This isn’t hortatory, mount-the-barricades music. If August is calling us to do anything, it’s to reflect on the moment and the attitudes and injustices that brought us to this baleful place in American history. The most eloquent voice on the record belongs to Mamie Till whose measured, clear-eyed reflections on the murder of her son embody August’s message of fearless witness and eternal vigilance. She is the conscience of an eloquent and deeply-felt musical statement, one that offers a rebuke to the society that stubbornly clings to values and behaviors that makes such a statement necessary in the first place. 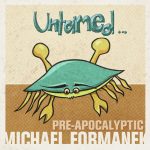 Timely in a different way is the Michael Formanek Quartet‘s cheekily titled “Pre-Apocalyptic,” which was a surprise drop on Bandcamp’s August 7 no-fee day. Along with releases by Nick Dunston and Anna Webber, “Pre-Apocalyptic” inaugurated Out of Your Head Records‘ new Untamed series of digital-only releases that the label says have “a quicker turnaround than a traditional studio album.” That doesn’t exactly apply to the Formanek release, which was recorded at an unidentified tour stop in 2014. Judging from the apparent size of the audience and the sound quality, my guess is that “Pre-Apocalyptic” is a stage recording of the May 9 performance at Vicenza, Italy, but matters of provenance dissolve in the face of music this powerful and imaginative. Formanek is a Hubble Telescope of a composer and this is music that peers deeply into cosmic vistas. Absent is the vast soundscape afforded by ECM on 2012’s “Small Places” on which four of the seven compositions here originally appeared, but the complex, haunting music hangs in the air, a beckoning mystery. It’s always fascinating to hear Tim Berne as a sideman, here bluesier than he tends to be on his own projects. Drummer Gerald Cleaver is low in the mix, which is a shame; his decisions on when to push the band and when to comment are uncanny. Craig Taborn is absolutely at the top of his game, which means he’s mindblowing as both an accompanist and a soloist–and frequently both simultaneously. Formanek is the dark matter that holds all this mindpower together. If you’re not convinced that you need to download “Pre-Apocalyptic” right away, consider that all proceeds from your purchase will be given directly to the artists, and OOYH Records will donate an additional $1 for each album sold to Black Lives Matter, the organization chosen by Formanek. By the way, the very cool cover art is by T.J. Huff.

When this dreadful year ends, there won’t be much to look back on with fondness. Still, seeing these three releases on the lists of the best recordings of 2020, you’ll have to conclude that musically at least, this was a pretty good year.