Cabaret Crooner or Jazz Singer? Dane Vannatter Is A Man of Two Worlds

The legendary Patti LaBelle has been on stages large and small since Dwight Eisenhower was in the White House. As a performer, she’s done it all and seen it all, but she couldn’t have expected what happened at her 2015 performance at the Ohio State Fair in 2015.

“She called a group of guys [on stage] as a thing in her show,” Dane Vannatter wrote me in an exchange yesterday. “She asks them to sing, they can’t, and the audience laughs when she says, ‘Well then dance!’”

Vannatter was one of those guys, but when he opened his mouth to sing, the great soul diva fell silent. She couldn’t have known that Vannatter had been on a few stages himself, and when she gathered herself to address her unexpected guest, all she could say was, “You better sing, fool! My God!”

Sing he does, though not in front of the kind of massive crowd that cheered for him at the fairgrounds. These days Vannatter prefers more intimate settings where he can caress a ballad or swing a standard with a piano trio. 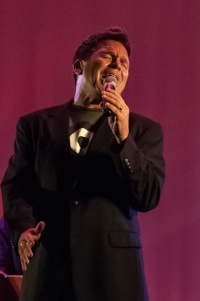 That’s how Vannatter got his start on the fertile piano-bar and cabaret scene in Boston where he went to school and lived for about 10 years. Reading the now sadly vanished Boston Phoenix newspaper, Vannatter saw an ad for a cabaret workshop and his life changed. “You know in a movie when somebody’s reading something and it’s significant and this bar goes lights up the words? I called and got in and it was just the best thing ever for me,” he said.

You can hear that experience in the singer’s warmly conversational style, liquid lyricism and attention to the specifics of a lyric, all foundational skills needed by a cabaret singer.

Yet immersion in Boston’s large and diverse music scene encouraged musical wanderlust in the young singer.  “I very quickly I saw that I wanted to work with jazz musicians,” he said. “I loved that spirit. I loved the looseness. I loved the experimentation to discover. I found cabaret very theatrical, very much about me, me, me. And I didn’t feel that.”

Vannatter started hanging out at Boston jazz clubs such as Scullers where a new world opened to him.  “I felt a little bit like a traitor because then I go there and it’s a whole different group of people and these people were sharing songs,” he said. “I was learning about singers and styles and things I was not aware of.”

He’s certainly aware of them now.  Vannatter’s imaginative way of decorating a line, improvisational daring and above all, his gliding yet unmistakable rhythmic lift all point to the jazz club as Vannatter’s natural home.

Yet there’s another thread in the tapestry of his singing style that is neither jazz nor cabaret, though it’s related to both. And Patti LaBelle pulled on in it immediately: rhythm & blues.  Vannatter’s sweet/smoky timbre and playful use of ornament hearkens to soul singers such as Luther Vandross and Donny Hathaway.

“My favorite male singers were the singers that you’ve just mentioned,” he said. “Also Stevie Wonder, and even Johnny Mathis in that realm. My favorite period of music is the period after Motown, but before disco, that whole Philly Soul sound, Harold Melvin and the Blue Notes and the Spinners.”

Vannatter doesn’t have the large studio orchestras that Gamble and Huff used on their hit records, but he has found a community of musicians who fit his style. Pianist Joe Hunter, bassists Aiden Plank, Bryan Thomas or Demetrius Steinmetz and drummer Ricky Exton are first-call. And Vannatter? Like Ms. LaBelle said, he better sing.

There’s never a bad time to get out and commune in the same room with creative musicians. Below are four musical events of interest in the coming week that you might want to check out.

Caleb Smith is a young player who’s equally at home on trombone and piano (does that sound like anyone you know?). He will make his Bop Stop debut as a leader Thursday in fast company: saxophonists Max Schlenk and Chris Coles, Ahmed McLemore on bass and drummer Zaire Darden.

Growing up in Italy, 27-year-old Margherita Fava was destined to be a musician. Her parents are string players who specialize in Baroque music, but when she attended a workshop in nearby Venice presented by the New School, the pivot to jazz was inevitable. Her debut album as a pianist drops March 10 and it’s backed by Fully Altered Media, one of the savviest publicity firms around, so you know it’s a good one. The record’s rhythm team of Javier Enrique on bass and drummer Michael J. Reed will be on hand for her BLU Jazz+ debut.

Nothing much can keep the intrepid Howie Smith off the bandstand. So you knew that when bronchitis scuttled the saxophonist’s Bop Stop gig with a trio of drummers a few weeks ago, you just knew he’d be back, but this time at the Treelawn Social Club, the new venue in Collinwood about which we’ll have a lot more to say soon. As if the opportunity to check out a new club isn’t incentive enough, how about seeing three of Cleveland’s most creative drummers all on the same stand?

Joy To the World: Vocalist Samara Joy Returns to Cleveland This Week

EDITOR’S NOTE: LET’S TRY THIS AGAIN. When my laptop was sent for emergency repairs last week, I lost access to my editorial calendar for this blog. For some reason, I assumed Samara Joy’s engagement at Bop Stop was December 10, and I rushed a post to preview the gig, never thinking that I could check Bop Stop’s site to confirm the date. The correct date, of course, is December 17, which gave me enough time to rewrite the preview to incorporate my conversation with Ms. Joy, and you can read it all below. Seriously folks, don’t miss this show. She’s extraordinary and you’ll be able to say you saw her when. 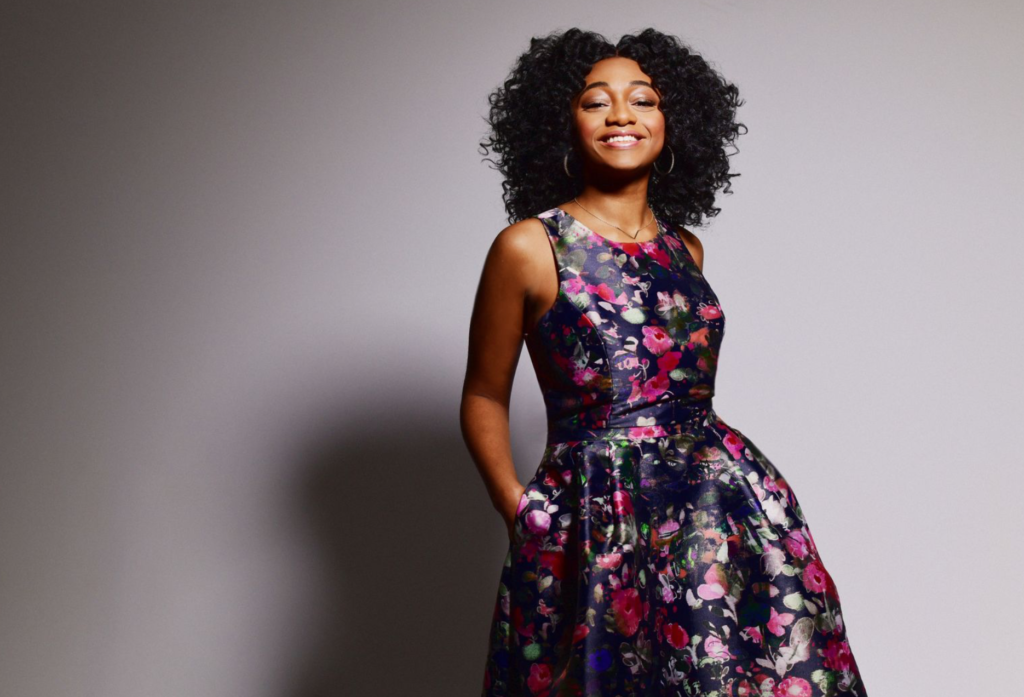 The walk to the stage at Cain Park for this year’s Tri-C JazzFest was longer than I expected, but I was still able to hear the opening act, albeit long before I could see the stage. The tricky changes of the verse of “Stardust” sailed out into the early autumn afternoon like a warm breeze, pitch-perfect and phrased with uncanny grace. Comparisons are invidious, but here was a singer with the vocal lushness of a young Sarah Vaughn and Ella Fitzgerald’s preternatural musicality, as delusional as that description might sound.