Rob Garcia 4 in Erie and Cleveland 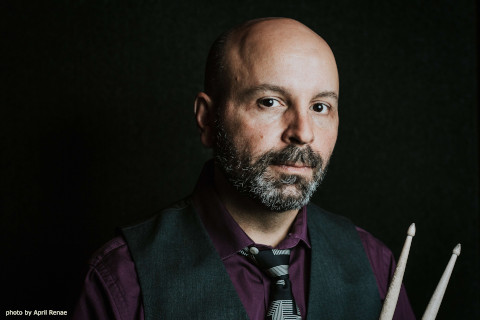 Drummer Rob Garcia might be the only man alive to have played with both Chicago creative music legend Joseph Jarman and Woody Allen. For the record, he’s also appeared with Wynton Marsalis, Joe Lovano, Dave Liebman and Diana Krall. If that suggests a wide musical curiosity and technical mastery, Garcia has all of those attributes and more. He’ll be appearing in Erie tonight under the aegis of JazzErie and at Cleveland’s terrific Bop Stop club on Wednesday.

The band is terrific. Saxophonist Noah Preminger is a restless and probing player who has been Garcia’s primary collaborator for 20 years. Bassist Kim Cass was brought into the band by Preminger and Argentine-born pianist Leo Genovese is onboard after an ear-opening turn in the bands of bassist and vocalist Esperenza Spalding. This, friends, is a heavyweight lineup.