I get a lot of music for my consideration, 398 releases so far this year. Almost all of them are notable for something, and I’d like to give them their due. So, every week, more or less, I’ll offer hot takes on the releases of the preceding seven days. Last week was so busy–15 new releases–that I spread it out over two posts, and two weeks. Where this leaves this week’s 12 (!) new releases is anyone’s guess. I’m not complaining; this has been a very rewarding week of listening. 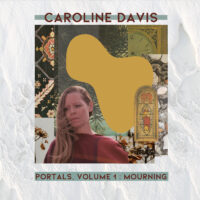 Jazz musicians interrogating life’s biggest questions is nothing new, but I can’t recall anything quite like  “Portals, Volume 1 – Mourning” (Sunnyside Records). Then again, its composer Caroline Davis isn’t quite like any other jazz musician. For starters, Davis holds a doctorate in music cognition from Northwestern University, an unusual and unusually appropriate platform from which to approach the subjects of this work, namely grief, trauma and isolation. Davis’ starting point was the death of her father with whom she had a relationship that was both ambivalent and often difficult. These emotions flow by in this music like lowering clouds suddenly obscuring the sun on an autumn afternoon. There’s a lot to absorb here: darkness and light, joy and grief, and if you like, the dialectic between composition and improvisation. On that last issue, Davis takes no sides. True, the instrumentation could be sifted into a jazz quintet of trumpeter Marquis Hill, pianist Julian Shore, bassist Chris Tordini, and drummer Allan Mednard on the one hand and a string quartet of violinists Mazz Swift and Josh Henderson, violist Joanna Mattrey and cellist Mariel Roberts. But Shore approaches both his written and improvised parts with the sensitivity and modesty of a chamber musician, and Swift improvises fearlessly. This is ensemble music, deeply felt and multi-layered. Find a quiet place and listen, really listen, to what Caroline Davis is doing. Do it several times. You’ll hear one of the most rewarding and important releases of the year. 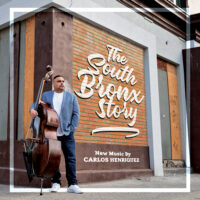 Conguero and trumpeter Jerry Gonzalez was so upset at the depiction of his home borough in the 1981 film “Fort Apache, The Bronx” that he named his influential and volcanic Latin jazz ensemble the Fort Apache Band. Bassist Carlos Henriquez doesn’t share Gonzalez’s taste for provocation, but he’s just as proud of his Nuyorican Bronx roots. For more than 20 years, Henriquez has driven the Jazz at Lincoln Center Orchestra, an ensemble with the resources to maintain a fairly stable lineup from which a distinctive ensemble personality can develop. That organization commissioned the music heard on “The South Bronx Story”  (Tiger Turn). So, it’s no surprise that the septet shares the virtues of J@LCO: drum-tight ensemble polish, clever arrangements and an ambition of vision balanced by professionalism lightly worn. That last dialectic characterized another longstanding musical organization: the Ellington Orchestra and the comparison is not invidious.  In its cinematic sweep, ear for the telling detail and vast affection for its subject, this recording is Henriquez’s Tone Parallel to The Bronx. 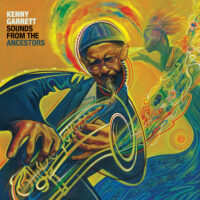 Kenny Garrett  first came to prominence as a member of OTB, a band assembled by Blue Note more than 35 (!) years ago to capitalize on the Young Lions phenomenon. Garrett was young, but he never really fit the well-tailored, off-the-rack template of the concept. Like his late OTB bandmate Ralph Peterson, Garrett’s exploratory instinct and ungovernable energy powered his escape from neo-hardbop orthodoxy. Yet his music always had lodestars, most notably Africa and John Coltrane. To honor the former, Sounds from the Ancestors  (Mack Avenue Records) both begins and ends with versions of “It’s Time to Come Home,” a long, hypnotic guajeo that hints at spiritual jazz filtered through the whispered mystery of Kahil El’Zabar’s early Ethnic Heritage Ensembles.  The opening version includes vocals, and six vocalists, including the leader, are listed in the credits. They’re used mostly coloristically, but on “Hargrove” they sing the four-note motif of “Coltrane’s “A Love Supreme.” That’s a quiet homage to the master, but some of Elvin Jones’ polyrhythmic thunder is here, too, supplied by drummer Ronald Bruner.  When joined by snare drummers Rudy Bird and Lenny White on “Soldiers of the Field,” the rhythmic lifts the band into interstellar space. At 60, Garrett is hardly in his late career, yet “Sounds from the Ancestors” feels like a summing up, a recording filled with the kind of wisdom that only an Old Lion can deliver. 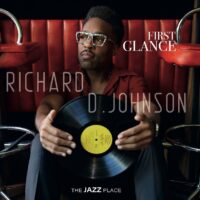 It’s well known that the pandemic unleashed a flood of solo projects, and more than a few recordings assembled from remotely recorded tracks, but pianist Richard D. Johnson‘s self-released “First Glance” has a pandemic backstory of a different kind. Johnson was in the rhythm section on a session that would eventually be released as alto saxophonist Sharel Cassity’s “Fearless.” Having used only one of the two days booked in the studio, the entire crew, Cassity, bassist Alex Claffy and drummer Mark Whitfield, Jr., returned the next day to track “First Glance.” The rather ad hoc nature of the recording might portend a casually loose blowing session. There’s blowing here to be sure, especially from Cassity, who freed from the pressures of leading her own session, sounds relaxed yet lively, and Whitfield, who pushes the music forcefully. But for the most part, Johnson and his band play these eight original compositions with shared purpose and unity. Check out “Last Minute,” a postbop modal blues with a tricky unison head that Cassity and the leader nail. Both take flying solos over the hurtling groove with Johnson deep in Mulgrew Miller territory, a good place to be. The title must be ironic; this is no studio jam. My nominee for the session’s Most Valuable Player goes to Claffy whose bass work is decisive throughout and readily audible in the mix. 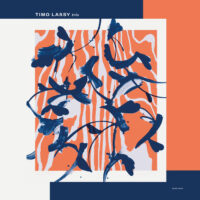 Finnish saxophonist Timo Lassy pulls a neat bait-and-switch on “Trio” (We Jazz). The recording begins in 1966 with “Foreign Routes” It’s the kind of thing that Charles Lloyd might have done for Verve in mid-Sixties, complete with big string section arranged by Claus Ogerman in a soundstage-y acoustic engineered by Val Valentin.  So, a throwback record, right? Then Lassy drops you squarely on the windswept, horizonless landscape of Nordic jazz on “Sointu,” a somber ballad complete with lonely synth fills.  Add the movie-theme-ready vamp tune “Better Together,” the bouncy calypso of “Subtropical” and  “Orlo’s” boom-bap and you might ask, What is he doing here? I don’t pretend to know, but held together by Lassy’s ear for a juicy melody and the bounce of bassist Ville Herrala and drummer Jaska Lukkarinen, it’s engaging listening, from Blindfold test hosts looking for a great “gotcha” record should not miss “Trio.” 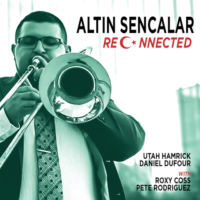 Trombonist Altin Sencalar has family roots in Mexico and in Turkey. If his music on  “Reconnected” (Outside in Music) favors the former, blame geography. Austin, Texas, where Sencalar is based, is a lot closer to Acapulco than to Ankara. He’s a fluent player with some of Steve Turre’s singing tone and more than a bit of Roswell Rudd’s jolly swagger. It’s an appealing combination, especially when supported by the lightly swinging rhythm section of bassist Utah Hamrick and Daniel Dufour on drums. The chordless trio is a formation that opens a lot of possibilities. Still, “Reconnected” really takes off when Sencalar spars with guest artists Roxy Coss on tenor saxophone and trumpeter Pete Rodriguez, whom he counts as a mentor. With their limber heads and rangy improvisations, these cuts occasionally recall another Texan who liked to play in chordless settings: Ornette Coleman.