I get a lot of music for my consideration, more than 160 new releases so far this year. Almost all of them are notable for something, and I’d like to give them their due. So every week, I’ll do quick hits on the releases of the preceding seven days. It’s fun and it’s a great writing exercise, too.

Young jazz instrumentalists have it relatively easy. When they record, say, “Caravan” or “‘Round Midnight,” they’re competing with everybody who’s recorded those tunes, which is, well, everybody. The jazz singer universe is much smaller, and comparisons, odious though they may be, are easier to make. If a young singer chooses to sing “Strange Fruit,” she’d (most jazz vocal releases I get are by women) had better put her own spin on it.

Leslie Beukelman and Naama Gheber are two young jazz singers who have waded into the deep waters of the Great American Songbook on their most recent records. All 12 songs on Gheber’s “Dearly Beloved“ are from that ancient well, while Beukelman divides her nine-song program on “Golden Daffodil“ between five standards and four originals. Neither woman has a “jazz” voice in the mode of Sarah Vaughn, Carmen McRae or Betty Carter. Both approach improvisation and scatting sparingly. Both are backed by excellent piano trios on their self-produced CDs and Gheber adds vibist Steve Nelson on some tracks.

He’s the strongest personality on “Dearly Beloved,” contributing rippling solos and adding color in just the right amount. Gheber herself shows good instincts, and her arrangements are solid if seldom surprising. Her choice of material isn’t much of a surprise, either, and that’s the rub. After the imaginatively conceived and comparatively novel title track, she roasts chestnuts such “What’s New,” Sometimes I’m Happy,” “I Can’t Give You Anything But Love,” and other songs that have, frankly, been done to death for a very long time. If she hasn’t yet made them her own, it’s not a surprise, given that Gheber has lived in Israel for most of her 29 years. Still much of the record feels like a senior recital program designed to show off her chops, versatility and taste. That it does, but I look forward to hearing an artist with such obvious affection for the standard repertoire seek out its less explored corners. 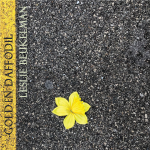 Beukelman does this on “Golden Daffodil,” released today on Matt Ulery’s Woolgathering imprint. If  there is a place where dream pop and jazz meet, it might be here. Beukelman’s sound, small accurate and intimate, fits this material like a satin gown. Or maybe a comfortable pair of jeans. Those are the twin poles Beukelman stakes out on this 37-minute program. In jeans, Beukelman’s original compositions have a sincerity and wistfulness that’s never self-indulgent. On the churchy “Wasting Time,” an anthem of self-acceptance, she pushes the volume above the whisper at which most of the album is delivered, and when she does, a hint of country cry emerges. This might be home territory for the Sandwich, Illinois native, but it’s her treatment of standards that stands out.

Beukelman has great time, and like anyone who hopes to make a living as a musician in Chicago, she can really swing, as she does on the steeplechase account of “Secret Love.” Warmed by the sun in her voice, Beukelman melts the sentiment of that song into charm. She makes a hopeful prayer of “My Shining Hour,” done here as a waltz, and I found myself rooting for her.  This will be your shining hour! The way she sails over the shuffle swing of “September In The Rain” makes you believe that she had fallen in love that very day, while “The Nearness of You” is whisperingly confidential. A lot of the credit goes to the trio of pianist Rob Clearfield, bassist Patrick Mulcahy and drummer Jon Deitemyer who make all the right decisions and play with clarity, taste and rhythmic lift. On a more personal note, Beukelman sounds her r’s, especially at the end of words instead of taking the easy way out with a mannered “ah” sound . That’s rare and takes a bit of courage. She shows a bit of that quality, too, occasionally reaching for a note that’s not quite there, but bravely carrying on. She’s a cockeyed optimist, and this is her shining hour.