I get a lot of music for my consideration, more than 160 new releases so far this year. Almost all of them are notable for something, and I’d like to give them their due. So every week, I’ll do quick hits on the releases of the preceding seven days. it’s a great writing exercise, and a lot of fun, too.

This year’s anniversary of the release of Miles Davis’ “Bitches Brew” is a reminder that what was once called jazz-rock fusion music is now 50 years old. That’s a point when many of us start to show our age, but even in middle age, the danceable rhythms, electric instrumentation and virtuoso soloing continue to inspire. 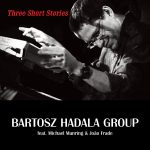 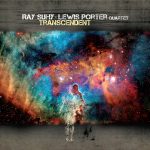 With a title like “Transcendent,” you can expect the effort, co-led by guitarist Ray Suhy and pianist Lewis Porter, to come down on the opposite side. They do, mostly by honoring legacy of John Coltrane, whose ecstatic, searching music is a too little-acknowledged source feeding the fusion stream. Coltrane-inspired compositions such as the newly-poignant “Mr. Tyner” help steer Suhy and Coltrane scholar Porter away from formula trap that many fusion groups easily fall into. So does the band’s unconventional instrumentation. Porter largely sticks to the grand piano while Brad Jones heroically drives the high-energy music on acoustic bass. Together they provide a fresh contrast to Suhy’s soaring, clean-toned guitar and Rudy Royston‘s punch-and-roll drums to make “Transcendent” a fusion session for the thinking person. 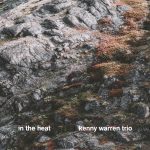 It’s not hard to predict a flood of music in the next year that will address the isolation of social distancing. Trumpeter Kenny Warren didn’t make that record, but his Whirlwind CD “In the Heat,” released April 17, was inspired by the process of working and writing last summer in his New York apartment. The band, mobile bassist Matthias Pichler and fast-twitch drummer Nathan Ellman-Bell, are great, but the secret weapon on “In the Heat” is the sound. The intimate acoustic captured by engineer Nathaniel Morgan, evokes the closed-quarters conditions that inspired Warren. Social distancing? Listen on headphones and you’re brought face to face with Warren’s dry, papery tone, and practically sitting on Ellman-Bell’s drum throne. It’s a great way to hear how this flexible group moves through the open space of Warren’s seven compositions. Many of them begin with an obsessive, narrow-interval melodic cell that spins in unexpected directions, arcing wider before wandering back home. On “Brain Phone Wired,” which takes up almost a third of “In the Heat’s” 44-minute running time, those arcs take the trio through episodes of mild agitation and summer-afternoon torpor before arriving at a stately theme echoed by someone (Pichler?) humming in response. That’s what can happen in the crucible of the moment when musicians listen to each other in the same space. Until we can be there with them, getting in the heat with Warren, Pichler and Ellman-Bell makes cabin fever an engrossing and variegated experience.