I get a lot of music for my consideration, more than 450 new releases so far this year. Almost all of them are notable for something, and I’d like to give them their due. So every week, I’ll offer hot takes on the releases of the preceding seven days. it’s a great writing exercise, and a lot of fun, too. 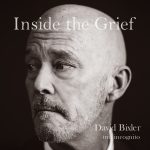 Alto saxophonist David Bixler recently emerged from a nearly decade-long recording silence following a family medical emergency. The title of his third post-return release, “Inside the Grief,” points to that experience, but it is a response to the horrific events of the year that is mercifully about to end. Like a lot of new recordings we’re likely to hear in 2021, “Inside the Grief” keeps the instrumental forces lean, but strong. Drummer Fabio Rojas hustles things along with an airy cymbal beat and bassist Gregg August (whose own commentary on the year’s events was reviewed here) knows the saxophone trio territory well from his years in J.D. Allen’s band. Though this Trio Incognito doesn’t hit with the force of Allen’s, both are soaked in the language of John Coltrane. Yet while Allen takes the Trane of 1964-5 as his point of departure, Bixler’s sweet spot might be the Coltrane of the immediately preceding years. That connection is explicit on “Like Shosti” (misspelled in the link below), which recasts a mordant tango theme from a string quartet by Dmitri Shostakovich as an eight-bar, B-flat blues in the manner of Coltrane’s 1958 tune “Like Sonny.” There’s a lot of blues on “Inside the Grief,” perhaps fittingly given its subject, and it’s with the blues that Bixler sounds most comfortable, especially on tunes like the opening “What Does It Care” and the gospelly slow shuffle of “Balm.” The jittery, Mahanthappian closer, “Vote!,” with its urgent, signal-processed alto sound and 14-beat cycle, hints at another direction altogether. Could this be the next step in Bixler’s second recording career? 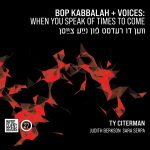 “Arop, du henker, fun dayn tron!” (“Down with you, you executioner, you murderer, get off the throne!”), shout vocalists Judith Berkson and Sara Serpa on “Mit Eyn Hant Hostu Undz Gegebn Di Konstitutsieh (With One Hand You Gave Us the Constitution).” That’s an urgently contemporary demand, but the constitution in question is not the one so recently imperiled in the U.S., but the one that emerged from the Russian Revolution of 1905. Plus ça change, eh? The latest project from guitarist Ty Citerman‘s Bop Kabbalah collected this and other Yiddish-language texts from the Yiddish labor movement in “When You Speak of Times to Come (Ven Du Redst Fun Naye Tsaytn)” (Infrequent Seams). The material might lean toward fist-in-the-air agitprop, but Citerman’s settings for guitar and two voices are spare. Rarely does his guitar rise in volume and tone to harangue, preferring instead to comment around the edges of the vocals, which are the focal point. Even without panning them to the edges of the stereo sound field, Berkson and Serpa would be easy to distinguish. The former has a dark-toned dramatic soprano, while the latter’s instrument is lighter and more lyrical. I can’t comment on her Yiddish, but Serpa’s light Portuguese accent lends an Old World authenticity when she sings in English. Berkson’s piano adds welcome texture to  the 23-minute, four-part suite “Future Generations (Doyrus Fun Der Tsukunft)” that ends the 52-minute program. It’s a reminder that though the texts might be 150 years old, Citerman is looking squarely ahead.

Another addition out-of-left-field stunner from Buenos Aires-based eyes&ears Records is “In another night, in another world” by an intra-hemispheric collaborative of Philadelphia pianist and vocalist, Maya Keren and Boston bassist Akiva Jacobs with the fascinating Argentine tenor saxophonist Camila Nebbia. At just 24 minutes, this is an EP brimming with incident and soaked in moonlit atmosphere. At the piano Keren leaps from spacious rumination to explosive density while her wary yet intimate vocals draw you close. Where Keren rarely rises above a whisper, Nebbia’s more full-throated tenor saxophone mutters, cries and stirs things up. Without having to maintain a strong pulse on this drummerless session, Jacobs is free to be a full partner in the three-way conversation. “In another night” is Expressionist monodrama for an age of attenuated emotions, something Schoenberg might have produced had he been born 100 years later. Fans of Mara Rosenbloom’s singular Flyways project, reviewed here, should check this out. With its artful use of space and interiority of expression, “In another night” is the sort of recording you’d expect to find on ECM (are you listening Manfred Eicher?), but wherever it might come from, let’s hope that a more substantial follow-up to this quietly moving recording is not far off. 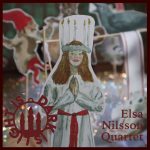 Full disclosure: everything I know of Swedish Christmas traditions comes from Yogi Yorgeson records. Swedish-born New York flutist Elsa Nilsson, though, knows quite a lot. For more than half of the 15 years she’s lived in the U.S., she’s shared the music of the season at Rockwood Music Hall, Cornelia Street Cafe and at New York’s home of hygge, 55 Bar. Those places are dark this year, so Nilsson brought her band, guitarist Jeff McLaughlin, Alex Minier on bass and drummer Cody Rahn, into the studio to record “Dark Is Light Is” (self released ). The light comes from Lucia, the saint who is honored on a Christmas season holiday that under the old Julian calendar was celebrated on the winter solstice, the darkest day of the year. In Nilsson’s arrangements,  seven traditional songs are dressed not in Lucia’s traditional white frock and candle-studded crown but in the sleek black ensemble of a cosmopolitan New Yorker out for a night on the West Village. “När Det Lider Mot Jul,” becomes a postbop ballad with interesting harmonies, and the traditional Swedish “Julpolska” dances to an Argentine Chacarera rhythm led by Nilsson’s high-stepping flute. I guess when you’re Swedish you yust go nuts at Christmas.