I get a lot of music for my consideration, already more than 130 new releases in 2022. Almost all of them are notable for something, and I’d like to give them their due. So, when I’m not previewing live events in Northeast Ohio, I’ll offer hot takes on recent releases. Lately, a lot of them have been led by pianists, and some of the most notable are the subject of this post. 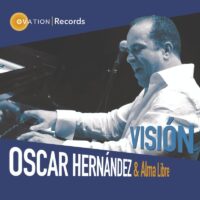 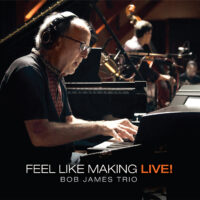 Bob James‘ CTI and Tappan Zee records have been guilty pleasures of mine since the mid 70s. I happily own that statement; critics who decry James’ popularity often fail to appreciate the drama and cunning of  James’ arrangements on those records. Let’s add restraint, a quality shared by James’ work as an instrumentalist. The surgically precise comping and Basiesque concision  of his dancing solos on those classic dates are all here on Feel Like Making Live! (Evolution Music Group), a trio date with bassist Michael Palazzolo and Billy Kilson on drums. So are a lot of the hits, from the winsome opening vamp of “Angela,”  to the crashing ending of “Westchester Lady” and an imaginative rearrangement of “Mister Magic.” Everything is meticulously played and spectacularly engineered, yet I miss the thrilling high trumpets and eerie strings of James’ original arrangements, not to mention the bluesy tang of Eric Gale’s rhythm guitar. It’s not fair, I know, but for all its felicities, “Feel Like Making Live!” paradoxically both fully satisfies while leaving me wanting something . . . more.

Like Oscar Hernández, pianist Bill O’Connell has been part of New York’s extensive, but largely invisible–to the average jazz fan, at least–community of Latin music practitioners. His bona fides are unimpeachable; he was Mongo Santamaria’s pianist, and . . . Well, isn’t that enough? Notwithstanding the presence of Pedrito Martinez, A Change Is Gonna Come (Savant) is a more or less straightahead jazz date. Less, because bassist Lincoln Goines and drummer Steve Jordan, better known for situations that touch jazz at its periphery, avoid the genre’s cliches. Goines, like O’Connell, was a longtime sideman for flutist Dave Valentin while Jordan, who also produced, drummed for Keith Richards’ X-Pensive Winos before recently getting the high-profile gig in Keef’s other band. Both are studio pros who never overplay and who know how to keep the leader front and center. O’Connell runs with the opportunity, turning A Change into a showcase of his versatility. He opens with a bracing, straight-eight take on Coltrane’s “Moment’s Notice,” and with Craig Handy on soprano snakes through the bouncing “Sun for Sunny,” a calypso tribute to Sonny Rollins, with whom both O’Connell and Jordan played. I wish the chugging, “Loco-Motive” wasn’t behind Soundcloud’s paywall so you could enjoy a taste of O’Connell’s bluesy vibe that recalls Les McCann’s most likeable 1960s work. 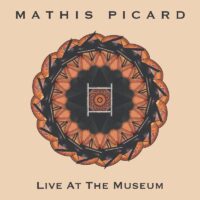 French-Malagasy pianist and DJ Mathis Picard caught my ear as the most arresting player in the band backing Bria Skonberg at last year’s Tri-C Jazz Fest in Cleveland despite a set that careered from post-bop fireworks to four-on-the floor funk to a Swing Era obscurity. At times, I wondered what drew Picard, and his apparently modernist sensibility, to that setting. Listening to Live at the Museum, (Outside In Music) Picard’s debut recording, it all makes sense. Check the setlist, which includes works by Ravel, Bix Beiderbecke, John Williams and, notably, two compositions by Willie “The Lion” Smith. Who plays Willie the Lion these days? It turns out that Skonberg’s antiquarianism was right up Picard’s alley; the great stride ticklers were the gateway drug that turned the classically trained pianist on to jazz. Like countrymen Benoit Delbecq and Jean-Michel Pilc, Picard is a fearsome technician, and not even the substandard piano and unflattering acoustic at the National Jazz Museum of Harlem could blunt the effect of his imagination and curiosity. An artist to watch. 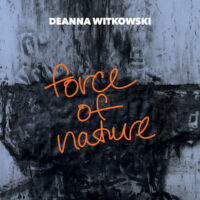 While we’re on the subject of early jazz pianist-composers in need of more exposure, how about some love for Mary Lou Williams? Pianist Deanna Witkowski clearly feels it. While researching her biography “Mary Lou Williams: Music for the Soul,” Witkowski’s immersion in her subject was so complete that she moved to Williams’ hometown of Pittsburgh. That’s where Force of Nature (MCG Jazz), a companion to the book, was recorded mostly by Witkowski’s New York band of drummer Scott Latzky, bass player Daniel Foose and trumpeter Clay Jenkins. They’re on most of the dozen cuts here, all of which were written by Williams except for a Witkowski original and two standards, “My Blue Heaven” and “Stompin’ at the Savoy.” The latter is recast as a dreamy, almost Strayhornian ballad and it’s a tour de force. Williams’ compositions sparkle and jump under Witkowski’s fingers and her love for the music illuminates every unexpected harmonic turn, bluesy melody and structural innovation.