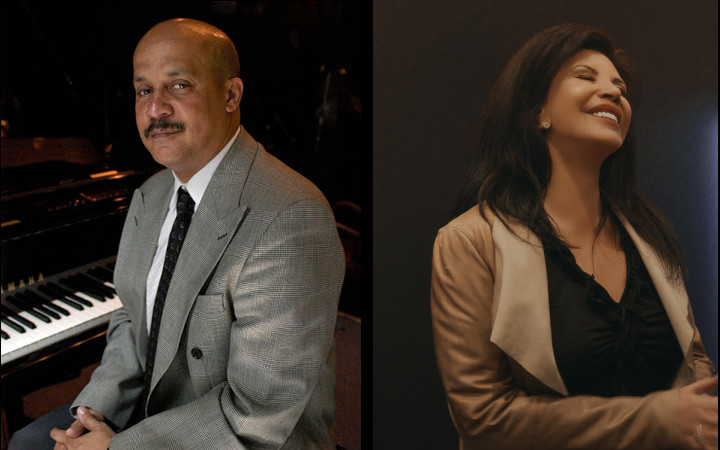 GENTLE READERS, Here’s a note from the Bop Stop: “DUE TO HEALTH AND SAFETY PROTOCOLS AND AN ABUNDANCE OF CAUTION, TONIGHT’S SHOW WITH HILARIO DURAN HAS BEEN CANCELED. WE ARE WORKING TO RESCHEDULE THIS DATE FOR THE FALL. ALL TICKET PURCHASERS WILL BE NOTIFIED ABOUT REFUNDS.”

If a nation’s stature were ranked by great pianists per-capita, Cuba would surely lead the world. With a population comparable to Ohio’s, Cuba has produced keyboard lions Fabian Almazan, Harold López-Nussa, Gonzalo Rubalcaba, Omar Sosa, Manuel Valera, David Virelles and the pianistic Valdés dynasty whose currently represented by Chucho and Cuchito. On Friday, a Cuban-born pianist who is squarely in the lineage of these lions of the keyboard will visit Cleveland.

He’s Hilario Durán, a native Habanero who has made Toronto his home base for the last two decades. Like many musicians–like many Cubans, it seems–Durán grew up in a musical family. He started gigging early and was chosen by Chucho Valdés to succeed him as the pianist for Orquesta Cubana de Música Moderna, perhaps the island nation’s premiere big band. As a session musician at Havana’s legendary Egrem Studio, Durán played on an estimated 500 recordings, an amazing number for such a small country.

His arrival in Canada was facilitated by saxophonist and flutist Jane Bunnett, whose advocacy for Cuban music and musicians is legendary. Durán played on her pathbreaking 1993 recording “Spirits of Havana,” a record which preceded the more celebrated “Buena Vista Social Club” project by several years. “When we met him he was, in terms of the Cuban piano tradition, as pure as you can get,” Bunnett said.

Five years later, Bunnett and her trumpeter husband Larry Cramer arranged for the pianist to come to Canada and even lived with the couple before they were able to help Durán’s daughter, wife and mother join him in Canada. Once there, he joined a spectacular edition of Bunnett’s Spirits of Havana band that at the time also included the mindblowing Cuban-born drummer Dafnis Prieto, another player that Bunnett helped to shepherd to Toronto. The Spirit’s explosive 2000 release Ritmo+Soul (Blue Note) is an essential document. High-profile engagements with Dizzy Gillespie and Michel Legrand followed, and Durán began a nine-year association as pianist, arranger and musical director for trumpeter Arturo Sandoval, yet another Cuban emigré.

Like so many of his compatriots, Durán has a monster technique that treats the piano as an orchestra in 88 keys. He can hurl two-fisted pianistic haymakers in the great Cuban tradition, but Durán often favors leaner, more transparent textures, perhaps a legacy of his extensive work as an accompanist.

In the leader’s chair, he’ll command a world-class bass-and-drums team from Toronto. Bassist Roberto Occhipinti was also a member of that memorable Ritmo+Soul ensemble. Like Durán, he comes from a musical family, which includes his guitarist brother Michael. Belfast-native Mark Kelso has an absurdly wide-ranging resume that includes drumming with everyone from Herbie Hancock to Chaka Khan to Donnie Osmond. He’s no stranger to Cuban music, either, having worked with saxophonist Paquito D’Rivera and the great percussionist Changuito. These are two players who should be better known.

Make that three. Had Durán chosen to settle in New York instead of Toronto, he would certainly get the kind of attention deservedly lavished on his fellow Cuban expat pianists. At the Bop Stop’s Steinway grand on Friday, Durán will have no trouble getting attention. Go and hear him roar.

Singers have a reputation for towering egos (where do you think the term “diva” came from?), but that charge won’t stick to Andy James. Relatively new on the scene, the Australian-born James might not be a familiar name to most jazz fans, but the band she’s bringing to her Saturday engagement at First Baptist Church of Greater Cleveland is another matter. The personnel reads like a list of first-call New York players.

I asked Cunliffe, who had a hand in assembling the band, what it’s like to be surrounded by so much musical firepower. “It’s fantastic. What could be better?” the Grammy winner said from his home in Southern California where he is in charge of the jazz studies department at Cal State Fullerton. “I love working with great players. It’s a beautiful gig. I love working with these guys and I love working with Andy.”

Their musical association started when James was breaking into the Las Vegas scene and hired Cunliffe to put togather a band and write arrangements for James’ debut recording. With her husband and manager Piero Pata James had a successful career as flamenco dance team in Australia. “She’s a seasoned performer,” Cunliffe said. “Even though she is relatively new to singing and jazz, it’s something she really loves.”

James’ growth as a performer is evident on Rhythm In New York, released April 15 on Pata’s Le Coq Records label that features some of the musicians in her touring band.

Working with Cunliffe in 2018, presenter Jim Wadsworth booked James into Nighttown, but she had to cancel because of illness and Jane Monheit took the date. Wadsworth didn’t forget James, though, and even flew to Las Vegas at Pata’s invitation to take in a show and recording session. That’s all it took.

“They’re investing pretty seriously in great musicians and good writing and arranging with a nice choice of material,” Wadsworth said of James and Pata.  “All those things combined got me interested.” A date in Buffalo and one at Baltimore’s Keystone Korner will follow Saturday’s Cleveland engagement.

It’s a short tour, but Cunliffe, for one, is looking forward to it. “Piero only hires people that are nice. So we have fun. We go out. We eat. We drink. We groove. It’s kind of perfect. ”