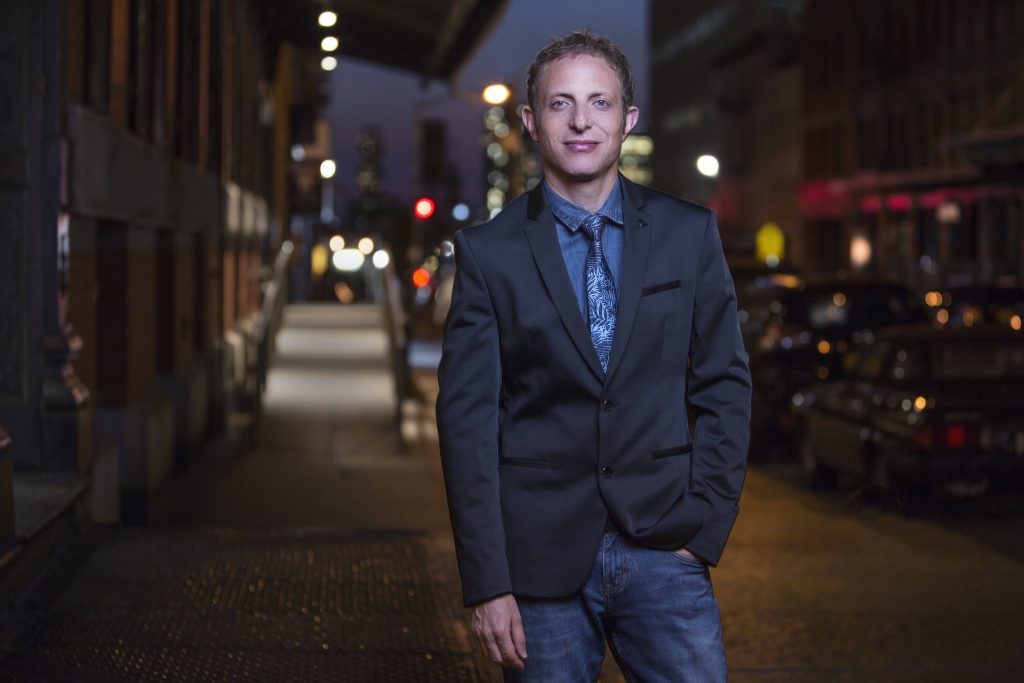 To the jazz fans of northeast Ohio, pianist Noah Haidu‘s September 28, 2020 appearance at Bop Stop was as important for its symbolism as for its musical interest.  The concert, which premiered his “Doctone” CD, was the first in six months at the Hingetown club by touring national musicians. The message was, emphatically, music is back.

“That was really a great gig,” Haidu said Sunday from his home in New York. “That was actually the first time the three of us got on stage together, [drummer] Rudy Royston and  [bassist] Eric Wheeler. We had a chance to record it and listen back. Yeah, it was a beautiful set.” 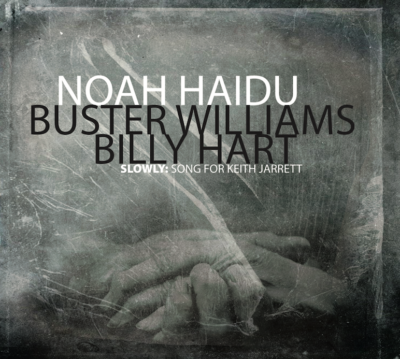 Fifty-nine weeks later, Haidu is back with a new trio of legendary bassist Buster Williams and drummer Carl Allen touring behind a new recording, “Slowly: Song For Keith Jarrett” (Sunnyside Records). It’s a record that was in the works at the time of his last Cleveland visit, though not exactly in the form that it eventually took.

“Me, Billy [Hart, the drummer] and Buster were going into the studio in late November. I knew that whatever we did, it was going to be great, but I didn’t particularly have a focus in mind, and actually thought that no focus would be great. Just see what we come up with in the studio.”

Then fate intervened. Less than a month after Haidu’s Bop Stop concert in an interview for a New York Times article, pianist Keith Jarrett revealed to writer Nate Chinen that he had suffered a stroke that effectively ended his performing and recording career.

The news came as a shock, but to Haidu not as a surprise.”He’s always touring, and he hadn’t played since 2017,” said Haidu. “So I knew something was going on with Keith. When that announcement came, I was putting together some tunes and thinking about how to frame this album. Keith has been a big influence on my playing and my trio approach–actually more like my approach to music and connecting to the audience.”

“Slowly,” which was released in May on Jarrett’s 75th birthday, isn’t a conventional jazz tribute record. Among the eight compositions, Williams and Haidu composed one each, three are standards, two are by Hart and only one, the lilting waltz “Rainbow,” is by Jarrett. The aspect of tribute lies, Haidu said in a publicity release, not in the compositions themselves, but in the emphasis the trio placed on emotion and melody, an approach exemplified by Jarrett’s longstanding trio with drummer Jack DeJohnette and the late bassist Gary Peacock.

In the recording sessions for “Slowly,” emotion came easily. Haidu regularly attended Jarrett’s annual Carnegie Hall concerts with his father, who introduced him to jazz and to Jarrett’s music. “He had given me tickets to go to Keith’s show [in 2017] but he passed away a week and a half before that. So I was processing the loss of my dad at that concert,” Haidu recalled. It was the last concert Jarrett would play.

It took a while for Haidu to appreciate Jarrett’s singular style. “I think it was maybe 2014 when my dad and I first went to the Carnegie Hall shows, and I was just ready for it, you know?  It went way past the minutiae of technique or swing and into something that’s just very direct and speaks right into the human experience and into the soul of things,” he remembered.

Haidu is careful to note that his own piano style bears little resemblance to Jarrett’s. Perhaps, but the hushed intimacy he achieves on “But Beautiful,” the ballad that ends “Slowly,” Haidu is clearly aiming for the direct experience of the human condition that characterizes Jarrett’s finest music.

Could a third tribute to a piano master  be in the works? Haidu was coy. “If I had a third one planned, I probably wouldn’t say.” He added that the Kenny Kirkland project of which the “Doctone” CD was a part, is ongoing. “We’re still at it, still doing interviews and still planning to expand the film and the book and to do more recording. The ‘Doctone’ project is going to be a long-term thing.”

Noah Haidu Trio featuring Buster Williams and Carl Allen, will appear Sunday, Nov. 21 at 6 and 8 p.m. at Bop Stop, 2920 Detroit Ave., Cleveland, OH.  Tickets $30 are available here. All guests, staff, and performers must show proof of vaccination or produce a negative test result within 72 hours of entering to be admitted to a show. For FAQ’s regarding this policy please click here.