I get a lot of music for my consideration, more than 350 new releases in 2021. Almost all of them are notable for something, and I’d like to give them their due. So, every week, more or less, I’ll offer hot takes on the releases of the preceding seven days. 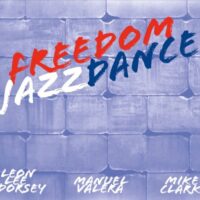 Pittsburgh-born bassist Leon Lee Dorsey has had a busy 2021. In January he released “Thank You Mr. Mabern,” a trio date  that may well be the late pianist Harold Mabern’s final session. Now comes “Freedom Jazz Dance” on Dorsey’s own Jazz Avenue 1 imprint. It’s another piano trio date and a tribute to the late Hilton Ruiz, the Nuyorican pianist who seemingly had the whole of jazz and Latin music under his fingers. That’s a big piano bench to fill, but Cuban-born Manuel Valera is up to the challenge, filling the keyboard with bravura runs on “New Arrival” and doing the kind of code-switching on “Autumn Leaves” between Afro-Cuban and swing feels that Ruiz could bring off in his sleep. One more rehearsal might have made this a better session, but there is consistent joy in the hookup between Dorsey and drummer Mike Clark, who reprises his role from “Mr. Mabern.” Clark may be a godfather of East Bay funk drumming, but he swings the bugalú-lite of the title cut with the energy and bounce of a modern-day Billy Higgins. 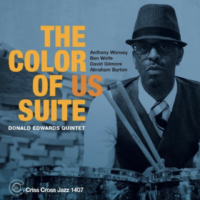 There is a special delight in encountering a drummer-led recording where the compositions take center stage. Of course, there’s no reason why jazz drummers shouldn’t also be great composers, as Tony Williams and Paul Motian, among others, demonstrated. On “The Color Of US Suite” (Criss Cross Jazz) it’s Donald Edwards’ turn, an ambitious 10-part collection that reaches back to Duke Ellington for inspiration. The titles (“Red,” “White,” “Blue,” Black,” “Brown” and “Tan” among them) tell the story, but the playing of a tight quintet bring them to life. Abraham Burton’s big-toned tenor lends a George Adams-like strength to the album’s occasional callbacks to Charles Mingus. The too-infrequently heard David Gilmore makes an effective foil with his clean, logical lines. Pianist Anthony Wonsey and bassist Ben Wolfe are with the drummer all the way, but the most memorable contribution on the record belongs to young Sophia Edwards. “I love us. Does the U.S. love me?” she asks on the opening “Little Hopes” and it pierces the heart. 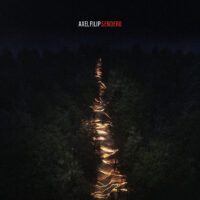 Some of the most interesting music I’ve heard in the last 12 months has arrived from Buenos Aires via Matthew Golombisky’s ears&eyes Records label. Now comes “Sendero,” a potent, 36-minute sampler by drummer Axel Filip. The ten cuts, [three are interludes of less than a minute’s duration] are built on a trio of pianist Mariano Sarra and bassist Flavio Romero with Pablo Passini’s guitar, Milton Amadeo and Melina Moguilevsky contributing vocals and an occasional string quartet. Filip’s compositions  are flavored by Guillermo Klein’s restless harmonies (and on “A la inconsciencia” his unselfconscious vocal style), and “Nocturnal” has some of the motoric energy of early Geri Allen. Filip keeps things moving with alertness and intelligence and Sarra is a real find who plays with assurance and style. Filip was a key contributor on Camila Nebbia’s “Aura,” also on ears&eyes. That record cracked my Top Ten last year and “Sendero” is a strong contender to be on the same path this time around. 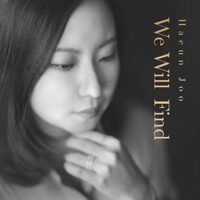 Saudade describes a pensive, melancholic longing, a bittersweet, somewhat diffuse sense of absence. It’s a Brazilian word and a universal emotion that Korean-born pianist Haeun Joo captures effectively on her debut recording “We Will Find,” (Next Level).   Recorded in 2019, this program of originals is quintessential rainy-day music, lyrical and understated. It’s telling that Joo chose Matt Holman as the second voice on the date. His trumpet and misty flugelhorn lines respond to the leader’s piano and supple vocalise like distant, half-remembered thoughts. Bassist Doug Weiss and drummer Ronen Itzik are perfect in this setting, but I found myself wondering how Joo’s rich harmonies might sound in fuller band arrangements. Maybe next time out? 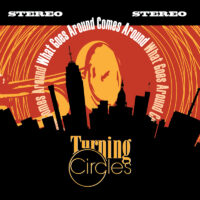 Everywhere you go, you hear echoes of the 80s. For trumpeter Kerry Moffit, that decade might hold particular importance because he’s been in the Air Force since 1991 serving in a number of the excellent military bands that play the hell out of not especially interesting music. He’s a civilian now and making his leader debut on “What Goes Around Comes Around” (Turning Circles Music) after 41 years as a professional musician. Out of uniform, Moffit sounds a guy on weekend leave, tearing into his off-the-base solos as though he’s been waiting to play this way for decades. Similarly, the charts inspired by arrangers such as Neal Hefti and Sammy Nestico fly by like a brisk walk down the hallway practice rooms at North Texas State circa 1985. Which is to say that enthusiasm trumps subtlety on most of the 57-minute program’s cuts. Still, the most effective moment comes at the end, a tender duet between Moffit and Arlene Pritchard McDaniel’s Rhodes piano on “But Beautiful” that sighs with bittersweet regret.