Yeah, it’s been a minute.

Procrastination is the work-spouse of every writer and I’m inordinately friendly with mine, but that’s not what happened here. Frankly, the events of late May were so momentous that writing about music seemed not just a luxury, but almost an insult. It was a time that called for witness and for listening–and not to music, even music of urgency and substance. The silence that was tugging at my coat was the silence of the confessional or the sickroom, a place in which one could try to process the fever that this society was trying to sweat out.

I haven’t completely done that, but lately, I’ve felt another tug on my coat. It was music, reminding me that consolation, inspiration and explanation are all still out there waiting. And joy, the kind that happens when you share a world with brilliant creators.

I’ve missed some exceptional releases, and will hopefully loop back to give them the consideration they deserve, maybe in feature reviews that will post midweek, but at the moment, the best way to jump back in is to resume this Friday roundup of the week’s releases. 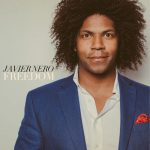 Debut recordings these days often take the form of calling cards designed to show off everything the leader can do. When that leader is as versatile, fluent and well trained as trombonist Javier Nero is, focus can take a back seat to exuberance. Still “Freedom“ offers an appealingly generous tasting menu that leaps out of the gate with “Double Vision,” a Blakey-an burner with Messengers alumnus Brian Lynch on top. Before its 66 minutes is up, “Freedom” touches on breezy, tropical grooves (“Cachaça,” “Crystal Lake”), light backbeat funk (“Reality”) and a lovely chorale (“Freedom Intro”). On that cut, Nero joins the composers putting wordless vocals into the front line and elsewhere, Lauren Desberg steps out front on “Discord,” which might be the most concordant breakup tune you’ll ever hear. It’s all delivered with the kind of technical assurance and high gloss associated with the music program at the University of Miami where Nero studied and where Lynch and guest pianist Shelly Berg both teach. Bubbling, Caribbean rhythms keep everything moving and Nero’s chops and control impress. He can do a lot of things well, but what does he really want to do? The answer may have to wait for his next release. 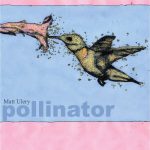 “Delicate Charms” was the title of Chicago bassist Matt Ulery‘s previous release on his own Woolgathering imprint, and it came as advertised, a lovingly polished specimen of a particularly Midwestern pastoral jazz, and a Frank Lloyd Wright Prairie Home in sound. On “Pollinator,” Ulery evokes another aspect of old Chicago, the hot music that gave the Jazz Age its name a century ago (he even trades the doghouse for his first instrument, the sousaphone). Ulery wisely chose to honor this music, which was so often characterized by extravagant individualism, not by recreating it, but by filtering it through his own refined and craftsmanlike sensibility. Even when the music turns vaudevillian, as on the opening “Clown Drum,”  it’s tightly and cleverly arranged, free of irony. Soloists make the most of their features. I particularly enjoyed pianist Paul Bedal’s bouncy piano and tenor saxophonist Dustin Laurenzi, who lightly quotes “In Walked Bud” and references “King Porter Stomp” and “Rockin’ In Rhythm,” but with a relaxed, Cool-School sound and attack. At 36 minutes long, “Pollinator” is a quick shot, but it’s not of a rough, Prohibition-era bathtub gin. More a complex, refined Scotch, smoky and barrel-aged, “Pollinator” is meant to be savored. 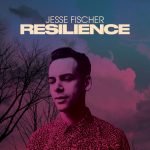 On the immensely likeable “Resilience,” keyboardist, composer, arranger and engineer Jesse Fischer touches all the bases: heartfelt melodies, danceable rhythms from the Caribbean and Africa, rich orchestration and piquant jazz solos. Like Javier Nero, he both incorporates wordless vocals (his own) into instrumental textures and programs vocal features for Becca Stevens (“Push Pull”) and Sarah Elizabeth Charles (“Same Mistakes”), both about the vicissitudes of romance. Fischer has great taste in players, too, especially drummer Obed Calvaire who brings taste and energy to every session he makes. I love the way Calvaire bounces “Play Date” on an Afrobeat groove that calls forth some Bernie Worrell-ish Moog squiggles from the leader. Yet despite his musical and technical fluency (the recording quality is terrific), Fischer’s greatest talent might be for production. With its sleek and urbane sound, “Resilience” is a very hip party record, what CTI Records might sound like in a reboot for the 2020s. And I mean that as a compliment. 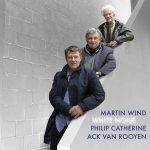 Martin Wind’s “White Noise” evokes a different sort of party, one that ended a couple of hours ago–or maybe 50 years ago. The lights are dimmed, the glasses, half filled with highballs, haven’t been cleared and a cigarette smolders in an ashtray somewhere, ignored. This is late-night music, but it’s also late career music. Trumpeter and flugelhornist Ack van Rooyen turned 90 on New Year’s Day and guitarist Philip Catherine is 77. Wind is the trio’s youngster at 52, but he’s an old soul, patiently guiding his elders through the 44-minute, eight-song program with unerring time and a warm, woody tone. Am I only imagining the glow of subtle melancholy in the van Rooyen’s solo on Kenny Wheeler’s wonderfully relaxed “Canter,” or the rueful nostalgia in Catherine’s solo on the Dutchman’s “Autumn Bugle?” Moody, ECM-ish atmosphere isn’t usually my thing, but musical elders, in no hurry, who have interesting stories to tell are always welcome.