I get a lot of music for my consideration, more than 430 (!) new releases in 2022. Almost all of them are notable for something, and I’d like to give them their due. So, when I’m not previewing events in northeast Ohio or profiling regional musicians, I’ll offer hot takes on recent releases. 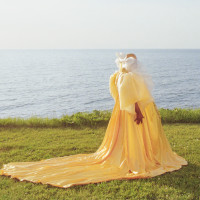 When I moved to Cleveland in late 2019, one of the bands I most wanted to hear was the Afrofuturist collective Mourning [A] BLKstar. You can probably guess why that remains on my to-do list nearly three years and several COVID subvariants later, but it’s taken on new urgency with the release of Soothsayer  (American Dreams Records), the spellbinding solo debut of M[A]B vocalist Kyle Kidd (all pronouns). Publicity materials for Soothsayer call it “a rendering of life beyond the binary.” That’s as true musically as it is thematically. In their eight songs of self-discovery and self-possession Kidd honors the “I’m here” declarations of Nina Simone (“Salvation”), Philly soul bedroom balladry (“Inside My Love”), even Donna Summer’s “Last Dance” (“Glass Dance,” with contributions from the M[A]B horn section of Theresa May and William Washington). Riding the thump of a fat, house-influenced bassline, “TMS” is a banger. Trip-hop, spiritual jazz (Angel Bat Dawid is strongly evoked) and neo-soul are all in here, too. Yet rather than landing as a mood-board of influences, Soothsayer is a confident, fully formed statement united by a distinctive, lo-fi production and Kidd’s assured vocal style. At once gritty and dreamy, with feet firmly rooted in the club and head to the sky, it’s Kidd’s own thing and at 30 minutes, it feels too short. 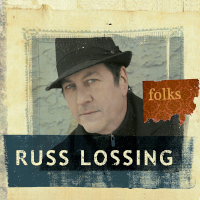 In 2012, pianist Russ Lossing’s Drum Music  tip-toed onto my list of the year’s Ten Best recordings. It was the kind of record that’s easy to overlook, a quiet but deeply sympathetic encomium to Motian’s idiosyncratic compositional language. Having worked with the drum magus for years, Lossing fully absorbed his asymmetrical and deceptively complex logic, echoes of which bubble up throughout Folks (Sunnyside Records). It doesn’t appear to be intentional. The inspiration for these eight original compositions was folkloric music (an influence that, to be fair, is never far away in Motian’s music) specifically, simple melodies. There are hints of the Mediterranean in the mournful “Country People” and Appalachian balladry in “Village Folk” on which bassist John Hèbert recalls Charlie Haden’s deep-toned songfulness. When the trio occasionally cuts loose, it’s to startling effect. On “Lightning Bug,” an obstinate, up-and down motivic cell is aggressively introduced by Lossing over Michael Sarin’s backbeat groove, then handed off to Hèbert who plays the hell out of it for longer than seems humanly possible. But “Folks” spends most of its 53 minutes in the slow lane singing pensive, melancholic songs—which seems just about right for our present moment. 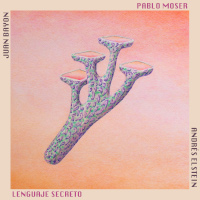 Bassist and ears & eyes Records founder Matthew Golombisky recently moved back to his native North Carolina from Buenos Aires, but that hasn’t stanched the flow of fascinating music from the Argentine capital. In the latest batch of releases, Lenguaje Secreto showcases tenor saxophonist Pablo Moser in a trio setting with bassist Juan Bayon and drummer Andrés 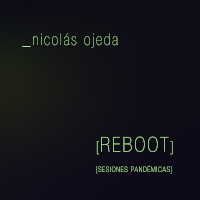 Elstein. Fans of the Cleveland trio Birth will find a lot to like in the leader’s sneakily lyrical, slow-burn approach. Elstein doesn’t push boundaries like Birth’s Joe Tomino can but he and big-toned Bayon completely buy in to Moser’s disciplined, melody-forward concept. The title of Nicolás Ojeda’s REBOOT [Sesiones Pandémicas] might offer a clue into the circumstances of the session, but the music itself is rangy and loose, driven by the leader’s springy bass (pro tip for band leaders looking for bassists: book a flight to BA now). He drives a chordless quartet with Carlos Lastra and Pablo Monteys playing various saxophones in changing combinations, sometimes supplemented by trumpet and subtle electronics. Ojeda describes the titular sessions as having “mutated into a new album format as if they were the soundtracks of a movie” and the accompanying videos offer an additional perspective on the project—but not a necessary one. To borrow a trope from Moser’s title, this music is too good to be a secret.