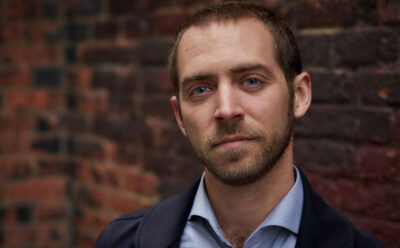 Aaron Parks had no problem filling the last 19 months of time once occupied by touring, recording and doing musician things. “We got a puppy in February 2020. And then we found out that we were pregnant in March 2020. And then everything shut down like 10 days after we found that out,” Parks said by phone last week. New fatherhood brings new challenges. “He just turned one, and he just discovered how to climb up the stairs, which is a little bit terrifying. He doesn’t walk yet, but he knows how to climb the stairs.”

That’s a big step for the little guy, but Parks Senior is a little more cautious about stepping out. When he kicks off his tour Friday at Bop Stop at the Music Settlement, it will be the pianist’s first touring gig since the lockdown.

“I’ve been one of the very slow ones to get back into performing indoors again,” he admitted. “It definitely has taken a little bit of time to rekindle the relationship with music–like an old friend that we don’t talk [to] quite as often or in the same way that we used to. But I’m excited to be doing it in this context of solo piano where I can share some of the vibe of what I’m into when I’m at home, sharing what I’ve been up to. I guess it to some degree [it’s] that solo, dreamy kind of thing, like little vignette versions of some of the tunes from various records.”

If that sounds casual, there is nothing offhand about Parks instrumental mastery. Since crashing the scene at 18 in the band of trumpeter and composer Terence Blanchard, the 38-year-old Seattle native has been in the middle of some of the fastest moving currents of jazz’s creative flow. His Blue Note debut, “Invisible Cinema,” was released when he was just 24 and “Arborescence,” an effulgent solo piano CD for ECM, completed Park’s rare double-bill of leader dates for two of jazz’s prestige record labels before he turned 30.

The latter recording might offer a clue as to what the Bop Stop audience might hear Saturday night. Rhapsodic and colorful with hints of Impressionist harmony, “Arborescence” captures Parks’ affinity for openhearted melody.

Parks acknowledged that, “there’s always been a melodic directness and emotionality to the music, but I think that I’m trying to simplify even more. I’m finding myself drawn to things that feel good and are unapologetically [hesitates] beautiful?”

Yes, beautiful. Given Parks’ gift for melody and sensitivity to instrumental color, could he follow his old boss Terence Blanchard into a career as a composer of film scores? “Terence would talk about how Spike Lee was one of the few directors that he would work with, who was like, ‘No, I don’t want some incidental underscore. I need a theme. I need a melody,’ theme songs or leitmotifs for these characters, basically. That’s what I find myself drawn to as well,” he said.

Clues as to what that music might sound like can be found in “Dreams of a Mechanical Man,” the 2020 release by Little Big II, Park’s band that melds jazz sophistication with elements of post-rock and atmospheric art-pop.

A lucky few Clevelanders will remember Parks’ last Bop Stop appearance, a Fall 2019 engagement that found him in the company of bassist Ben Street and master drummer Billy Hart, who teaches at Oberlin Conservatory.

That audience included quite a few music students who were eager to see an artist whose career might hold clues for their own. “Aaron is one of those artists who has crossed the line of being heady and cool,” said Bop Stop director Gabe Pollack. “People want to emulate that sound, but he is also a younger artist who plays with legends like Billy Hart, and that’s something students aspire to.”

Parks remembers the 2019 gig fondly. “It was one of the last tours [before the pandemic] and it was right before I played the [Village] Vanguard for the first time with my band,” he said.  “I enjoyed playing there,” he said of the club in Cleveland’s Hingetown district. “I enjoyed the neighborhood, a swanky little spot with a juice bar and coffee shop and everything. And I remember very, very attentive and sweet audience members, people who came up and were really excited to talk after the show, So yeah, I’m really looking forward to being back.”

Aaron Parks will appear in concert Friday, November 5 at 8 p.m. at Bop Stop at the Music Settlement, 2920 Detroit Ave., Cleveland, Ohio. Tickets are $20 and are available here. Bop Stop policy requires all guests, staff, and performers to show proof of vaccination or produce a negative test result within 72 hours of entering to be admitted to a show. For FAQ’s regarding this policy please click here.