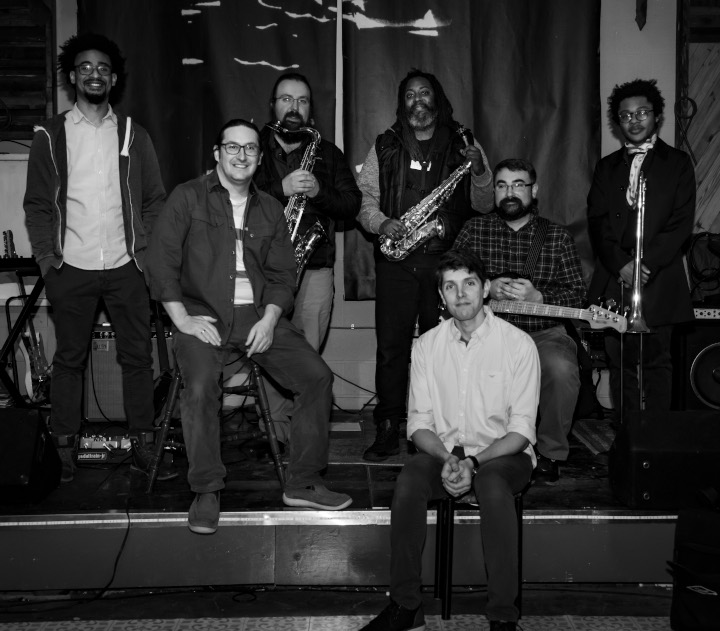 In Eastern philosophical systems, time isn’t linear as we think of it in the West. It’s an endlessly looping circle. Musicians can appreciate this concept better than most of us, on and off the bandstand.

Consider guitarist Dan Bruce, who will celebrate the release of Time to Mind the Mystics, the new recording by his ensemble :beta collective with a free concert at Negative Space on Thursday.

At the turn of the millennium, the Dayton native had just graduated from Bowling Green State University and moved to Cleveland to be closer to the woman he would soon marry.

“We started dating, and I wanted to see what would happen with that. And so I just moved here. I was just playing gigs here to make rent. And it was great. It was very exciting for me to be here, and there were a lot of gigs.” 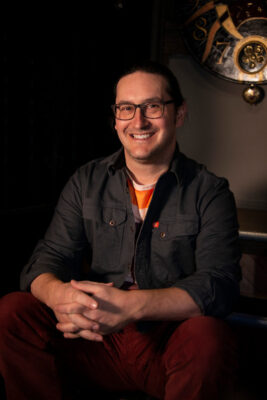 Bruce had also begun teaching at Tri-C, but when a full-time position opened that required a master’s degree, he decided to return to school, enrolling at the storied program at the University of North Texas. His wife did the same, but upon graduating, the couple decided that Texas was not their style. “She defended her thesis on a Friday, and we’d left on Sunday,” Bruce said. “We knew we wanted to be back in the Midwest in a big city. So we literally just picked Chicago.”

They spent the next ten years there and while it took Bruce a while to break into the city’s very lively music scene, he found his footing with a little help from his friends. “There’s like 100 of the best guitarists in the world there, and they are the coolest people. The musicians would hang socially, which was amazing to me,” Bruce said. “They’d say, ‘I have this gig that I need to step out of next week,’ or ‘I need a sub for some of this teaching,’ and I felt like everybody was just helping you get a foothold. It was really great.”

Bruce became a department chair at the Chicago Academy for the Arts and was playing for or five nights a week, but with a toddler and newborn twins at home, life in the big city became a burden. Seeking a slower pace, the Bruces returned to Cleveland in 2017, but the city and the scene had changed. “There were a lot less places to play, but there was also a whole group of younger musicians trying to get stuff happening, which was exciting.”

The new kid in town now found himself in the same situation he had left a dozen years before, but this time he was the veteran presence surrounded on the bandstand by younger musicians overflowing with ideas and eager to collaborate.

Bruce had ideas, too. One of them was :beta collective, a band he formed in Chicago that released a recording, “Earthshine,” just as Bruce was on his way back to Cleveland. Inspired by the musicians here, he brought some of the best of them into the group. 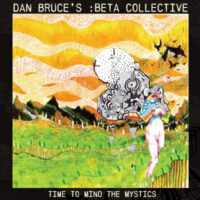 This version of the collective recorded Time to Mind the Mystics in Canton at Kent State Stark’s new studio. It’s a concept album illuminated by the friction between our technology-mediated lives and older traditions that grew out of connections with other people and with nature.

The composer and bandleader Maria Schneider explored similar themes on her epic “Data Lords” recording in 2020. Like that big band set, Mystics features a wide range of instrumental colors, with Coles and Wagner doubling and Brown getting a prominent solo on melodica. Bruce’s subtle use of synthesizers, Vocoder and studio post-production in Ableton create a rich sound world.

“I realized that I have a lot of music stuff that I want to get out in the writing, and I don’t want to pull punches,” Bruce said. “But I also want to mix that, though I don’t think I’m writing dance music, I want everybody in the room to be moving. I want there to be an energy where people are just feeling a pulse together, because I feel like that really brings a room together and an audience.”

On Thursday, that room is Negative Space.

Dan Bruce :beta collective Time to Mind the Mystics release concert and party, Thursday, April 28, 7 p.m., Negative Space Gallery at Asia Town Center, 1541 E 38th St,  2nd floor, Cleveland. Free and open to the public. Presented by the Local 4 Music Fund.
Local 4 Music Fund COVID-19 Policy
All audience, staff and performers must show proof of vaccination to be admitted to any Local 4 Music Fund event. Acceptable documentation may be a physical or digital copy of a COVID-19 Vaccination Record Card or other proof as permitted locally that can be matched with your driver’s license or state ID. Masking is required for all audience members, staff and technical personnel.